Medication can help children and adults with ADHD overcome their difficulties in focusing and concentrating. The doctor might have the patient try different medications until the right one is found - one that works and is tolerated well. The patient must stay under the prescribing doctor's care the entire time he or she is on ADHD medication.

The most prescribed medications are classified as "stimulants" which work by affecting the chemicals responsible for signals in the brain. The level of neurotransmitters (dopamine and norepinephrine) in the brain are increased. This increase can help one settle down and focus. 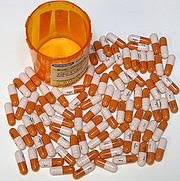 To see a listing of medications approved by the FDA for the treatment of ADHD, click on http://www.fda.gov/cder/drug/infopage/ADHD/default.htm which also has links to label information and side effect warnings.

"Off Label Medication" is a phrase that describes a drug that's okayed by the FDA for a certain treatment but the prescribing doctor is using it for something else. It has NOT been approved by the FDA the way the doctor wants to use it. Off-Label medications that are sometimes used to treat ADHD include Symmetrel, Survector/Maneon, Didrex, Wellbutrin, Clonidine, Provigil/Alertec/Sparlon, Cylert, Edronax and Selegiline. Many of these have detrimental side effects, not found to be effective, or haven't been properly studied yet in the USA.

No medication is without side effects. Every person's response is different. If one medication is not tolerated well, then it can be stopped under the doctor's guidance, and a new one started up. There are many facts and myths about ADHD medications:

Before starting medication for ADHD, try changing the home, work and school environment to avoid distractions, allow mental breaks, give extra time for tasks, and squeeze in quick breaks for physical movement first. If those measures don't help enough and medication is being considered, do your research and follow your doctor's prescription.

My daughter is on the smallest dose of Adderall. Her EKG was abnormal so we got an ultrasound -ends up there was a glitch in the EKG. Nothing was wrong with her heart. We have noticed zero side effects. The doctor takes her blood pressure and pulse at every follow-up visit and asks questions about depression to make sure all is going okay.

Good luck to you!

Very Cool Blog Post Thanks a lot for this great contribution. keep posting and updating the blog post.

ADHD is fast growing problem in the chilldren so one has to very careful about this problem. Thanks a lot for this nice informative post and medication for ADHD.

I took adderal as prescribed only for 12 years. I have also smoked cigarettes in the past and you know what? Adderal is more addictive! I never abused my medication, but I would start to panic if my prescription was running low. I wouldn't have quit if I hadn't gotten pregnant, although I tried to quit several times over those 12 years. I still miss it, all the time. For the rest of my life, I'll be deciding: liver damage, heart problems, and extensive dental problems (due to 'dry mouth') despite flossing and brushing twice a day, every single day? In exchange for improved brain function I can't get any other way? I wish I had never taken Adderal so I wouldn't have this ideal in my mind to compare my efforts sans adderal with. I feel like I can never achieve such powerful improvement without the help of harmful pharmaceuticals. My mom pressured me to start taking adderal when I was 17. I still resent it now. Life is really hard without adderal, but once you start, you never ever ever get to go back!
truly,
Sarah Issersohn

Hello Dear,It was a beneficial workout for me to go through your webpage.